How It All Began

The Ski Sprites Water Ski Show was founded in 1960 by a group of six young skiers. These original Ski Sprites foresaw the need for organized water skiing in the Chippewa Valley of western Wisconsin.

It wasn't until 1972 that the Ski Sprites first performed in the Wisconsin State Ski Tournament. That first exposure to show ski competition was quite a learning experience for the skiers as none of the members had ever seen a tournament before. From that novice team in 1972, the 1973 team came back to the State Tournament as the first show ski team to put individual songs and music to the individual acts being performed. They came from near last place in their first year to third place in ​1973. 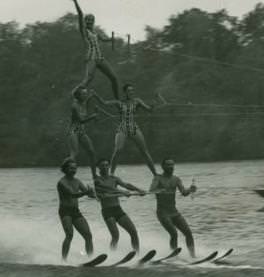 A Season to Remember

The 1998 show season consisted of 33 public performances at the Half Moon show ​site with the all time record attendance of over 49,000 people. Special presentations on July 4th and Labor Day brought many visitors to the Chippewa Valley. In addition to entertaining residents and visitors to the Chippewa Valley, the Ski Sprites competed in two major show ski tournaments. Those competitions include the "Jewel of June" tournament in Janesville, WI, and the Wisconsin State Show Ski tournament.

The 2006 season marked the end of an era for the Ski Sprites as they said farewell to their home of 46 years, Half Moon Lake. Now, the Ski Sprites perform on their new home, Lake Altoona in ​Altoona, Wisconsin.

The current Ski Sprites team consists of approximately 80 members made up of skiers and a host of adult volunteers. Equipment includes one Malibu ski boat, two Mercury powered tow boats, two safety boats poised for immediate water rescue, and one portable pontoon jump for our members that take to the skies. Because many of our acts require a larger area to start from, we also have two 26 foot pontoon boats to ​round out the Ski Sprites fleet. 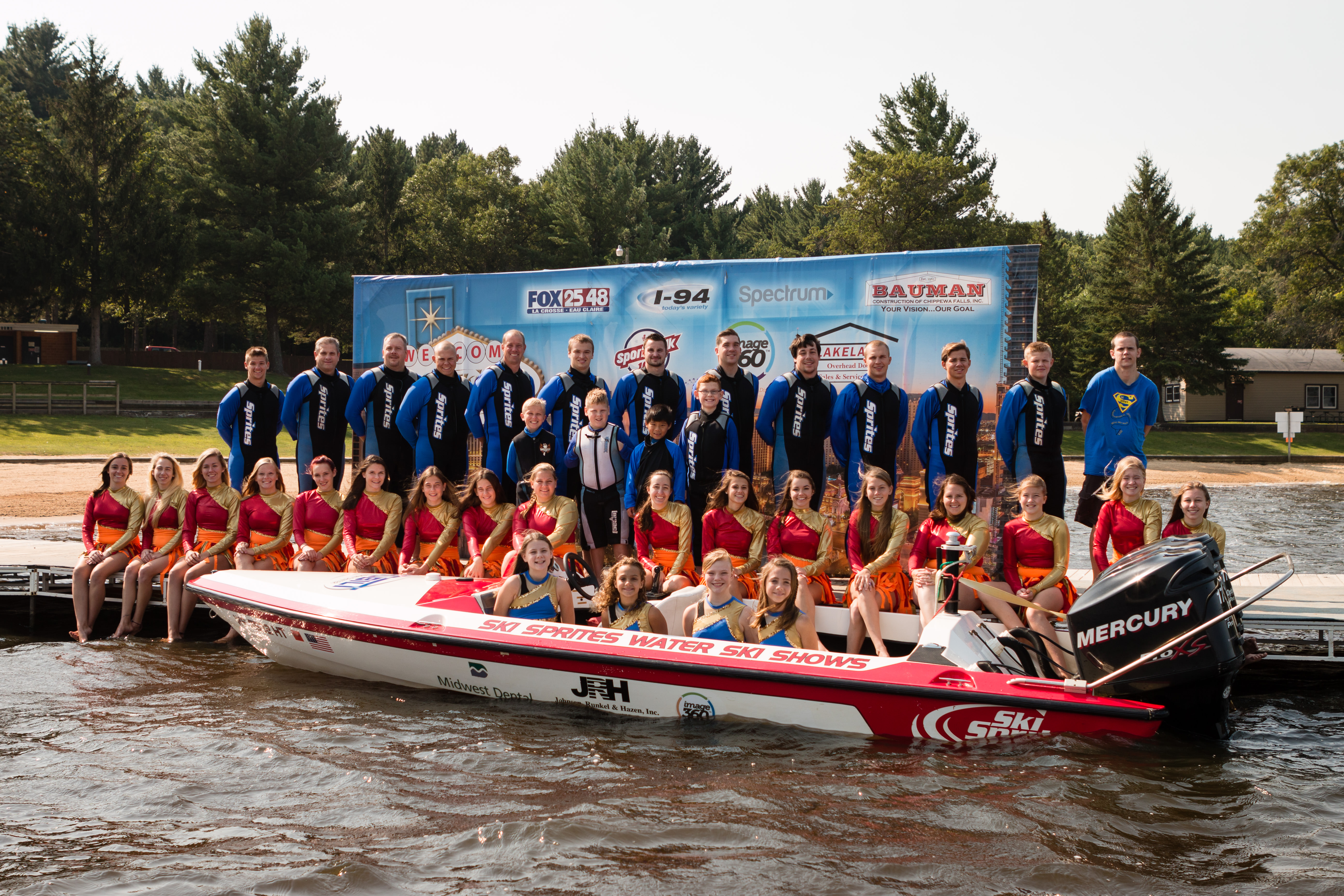 The Making of a Season

Getting a show ready to go on the water takes a coordinated team effort involving nearly eight months of planning and practice. The show is born with the selection of a show theme or story line. This story line is simply an entertaining story that is told to thread together the skiing acts to entertain the audience. From there, nearly 250 different costumes are designed, sewn, and fitted together by volunteers. Set designs, equipment needed for each act, choreography, music, and script are then woven together into an integrated show. In addition, we begin our land-based practices in January. The practices include physical training, climbing pyramids and learning new doubles routines. Still going strong, the original purpose of the Ski Sprites has never been lost: serving the youth of western Wisconsin. Today the Ski Sprites Water Ski Shows continues as an enthusiastic ambassador for the Chippewa Valley in western Wisconsin.